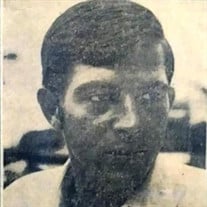 James F. Carnathan passed away on October 17, 2021, at his residence. Fred was preceded in death by his mother, Leila Mai, sister, Patricia Ann, and brother, Billy Joe. He is survived by his son, Brian, and grandson, David. His siblings left to mourn his passing are his brother, Ben (Penny), and sister, Cindy (Mike). He leaves behind many nieces and nephews that will forever hold special memories of their Uncle Fred. A special thanks to Sheree and Mike, who without their daily help, he would have been lost. Fred was born in Tampa on August 25, 1947. He attended HIllsborough High School, and after, enlisted in the United States Army. When Freddy went to Vietnam he served as the personal helicopter pilot for the commander of the Aviation Battalion of the 25th Infantry Division stationed at Cu Chi. While doing so he received a Distinguished Flying Cross for heroism, his first of four. He transferred to the Air Cav because he wanted to serve in a combat unit and flew many dangerous missions flying low level reconnaissance. In that roll, he received an additional three DFC’s (the highest award for heroism an aviator can receive) along with the Air Medal with ‘V’ device, denoting valor while participating in airial flight. The majority of pilots never received either, and being awarded multiple DFC’s was, and is, extremely rare. He served with honor in a difficult era and performed his duties with distinction. When Fred returned home, he began his career as the owner operator of Fredricks Plumbing. Handsome Fred was an avid sports fan. He enjoyed watching the Bucs, Rays, boxing, college football, and a good NASCAR race. Fred’s declining health kept him at home, and we are eternally grateful his wish was fulfilled by passing at his residence with his beloved TV and the TCM Network. We are all going to miss Fred, especially his life long friends, Jimmy, Bill, Eric, and Billy. On Fred’s behalf, our family would like to thank each and every one of you that touched his life. He has completed the race...he did good...and did it “his way”. Graveside services to be held at Bushnell National Cemetery, on Monday, October 25, 2021, at 2:00 pm.

James F. Carnathan passed away on October 17, 2021, at his residence. Fred was preceded in death by his mother, Leila Mai, sister, Patricia Ann, and brother, Billy Joe. He is survived by his son, Brian, and grandson, David. His siblings left... View Obituary & Service Information

The family of James F. Carnathan created this Life Tributes page to make it easy to share your memories.

Send flowers to the Carnathan family.