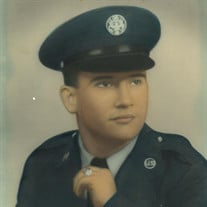 Henry Ruiz (aka Tedd Webb), age 72, passed away on March 30, 2021. Born in Ybor City and raised in West Tampa, he was preceded in death by his parents Candida &#8220;Cusa&#8221; Ruiz and Liborio Ruiz, his sister Dora Ruiz Baray and niece Aileen... View Obituary & Service Information

The family of Henry F Ruiz created this Life Tributes page to make it easy to share your memories.

Send flowers to the Ruiz family.