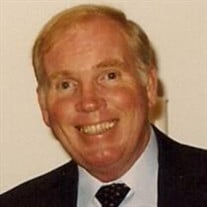 Holcombe, Robert Allen, Sr., 84, a native Floridian passed away May 24th, 2021. He is survived by his loving wife of 66 years, Saundra Dolores (Harper) and his two sons, Robert Allen, Jr. (Teresa), Charles Daniel (Mary); four grandchildren, Robert III, Aaron (Christina), Melinda (Mark), and Julianne (Nik); four great grandchildren Robert IV, Claire, Aiden, and Luke. He was preceded in death by his parents, Henry and Myra Holcombe. Allen graduated from Hillsborough High School where he met the love of his life, Saundra. It was love at first sight and soon after graduation they became husband and wife. Allen served in the Army National Guard and Honorably Discharged as Sergeant E-5. Allen worked for Atlantic Coastline Railroad, DuPont, Grinnell as a finance manager, and DanBar Fire Sprinklers. In 1984 his love for the Smoky Mountains was too hard to ignore. Allen and Saundra moved to Franklin, NC and became business partners, with dear friends Monte and Becky Hamilton, of The Cullasaja Country Store / Gas Station. Life couldn’t get any better for him there. Allen enjoyed socializing and inside the store a sitting area was available so locals could sit and enjoy a hot cup of coffee and chat. After many years of owning the store Monte and Allen sold the business. He wasn’t ready for retirement though. He soon found employment with Schmitt Building Contractors as a tool repairman which he enjoyed till it was time for him to retire. In retirement Allen enjoyed the company of family and friends doing what he did best, socializing. Allen loved the outdoors and working with his hands. He loved hunting, fishing, and camping. On the weekends, you could find him working on a car or building something, and later in life tinkering with his antique clocks. Allen was a devout Christian and very active in the church. He held the honor of being a Deacon at Wellswood Baptist Church (Tampa) and Walnut Creek Baptist Church (Franklin) where he made dear friends that were like family to him. It wasn’t uncommon for him to drop everything to help someone in need. Allen / Dad will be missed but never forgotten. In lieu of flowers, please make contributions in memory of Allen Holcombe to the Pediatric Oncology Support Team (POST) at POSTFL.org, or to The Dementia Society of America by mail to PO box 600, Doylestown, PA 18901 or online at www.DementiaSociety.org/donate.

The family of Robert Allen Holcombe created this Life Tributes page to make it easy to share your memories.

Send flowers to the Holcombe family.