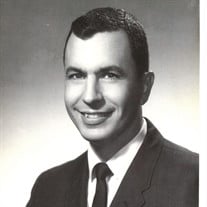 Nelson Medina passed away peacefully on May 5, 2022 and was born on December 24, 1930. He lived his entire life in Tampa and graduated from Hillsborough High School. From 1952-1956 he served in the US Air Force, First Airman, with an advanced amateur radio license. He studied nuclear physics at the University of Chicago and participated on the Varsity Swim Team. From 1963-1967 he was the TV meteorologist on WTVT Channel 13 and enjoyed a popular following. Nelson's lifelong interest was photography which he then pursued as a professional career with a studio in Tampa that specialized in portrait, glamour photography and was widely recognized nationally. He served as Coordinator of Photography at USF and worked with Color Corporation of America. His creative style graced the covers of many magazines and local newspapers such as Popular Photography, Standard Oil, McGraw-Hill, World Wide Photos, The United States Information Agency, IBM, General Motors, Pan American Airlines, Air Canada, and National Airlines. Nelson enjoyed a lifetime membership at the American Society of Magazine Photographers. He continued to develop new photographic techniques in the 1990's specializing in large format architectural photography of Tampa's evolution as new commercial buildings developed. Most notable is his famous photograph of "The Green Man '', a bronze statue in the Sarasota Ringling Museum of Art which was on exhibit in their Contemporary Art Collection as well as having been selected as one of thirty for the Metropolitan Museum of Art exhibit, "Photography of Fine Art '' in 1967. Nelson studied many topics such as, art history and especially 17th century Dutch painting, computers, astronomy, higher mathematics, world history, psychology, medicine and nutrition, aviation, the humanities and sciences, calculus and physics and these books made up an extensive library he compiled over his lifetime. He attained a private pilot's license and flew soaring gliders. He also held a HAM radio license and enjoyed communicating with people across the world. Nelson enjoyed people and was always witty with a joke to put someone at ease. As a lifelong student who shared his insights generously, he lived a full life. His enthusiasm for his interests was evident as his children and grandchildren still enjoy photography, art and various other interests he instilled in them. He will always be thought of fondly by those who were fortunate enough to know him. Daddy will be missed but always in our hearts since he gave so much of himself to us. He is survived by his sister, Marlene Medina Smith of Tampa; his daughter, Susan Medina Hensley and his grandson, Nathan D. Hensley, both of Middleburg, VA; his son, Marc Cesar Medina, of Sparks, NV; his granddaughter, Marissa Medina, of Hawaii; his former wife, Karin I. Medina of Santa Rosa, CA; his nephew, William Reece III of Tampa; four grandchildren, several cousins and his dear friend Merryl Bennett. He is predeceased by his sister, Esther Medina Christi and his parents, Cesar and Jennie Medina of Tampa. Private Service.

Nelson Medina passed away peacefully on May 5, 2022 and was born on December 24, 1930. He lived his entire life in Tampa and graduated from Hillsborough High School. From 1952-1956 he served in the US Air Force, First Airman, with an advanced... View Obituary & Service Information

The family of Nelson Medina created this Life Tributes page to make it easy to share your memories.

Nelson Medina passed away peacefully on May 5, 2022 and was born...

Send flowers to the Medina family.