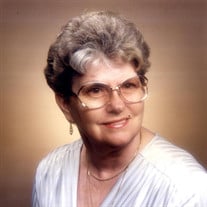 Louise “Peggie” Cornelia Schmechel, 88, passed away on Feb. 10, 2021. Peggie was born Sept. 11, 1932 in Atlanta, Georgia, to a hardworking but poor Irish family and lived in a small suburb of Ben Hill. Due to her mother’s death when she was only five years old and the tough times, she wanted to get out of the house at a young age. She started working at Kress department store at the age of 11, lying that she was 16. At 13 she was married and became a mother to David at 14. The first marriage ended and she married Alton Simpson and had three more children, Harold, Debbie and Randy, with him by the time she was 20. That relationship ended when she was 24 and she was separated from her children, who moved to Texas with their dad. Peggie, her dad, her first child and her aunt left Georgia and settled on property in Dover, just outside Tampa. She was single and worked at a variety of jobs from selling magazines door-to-door to working as a store detective at downtown Tampa department stores. In the late ‘50s, she met and later married Roland Manteiga, publisher of La Gaceta. According to her, “Being married to Roland meant there was never a dull moment – we’d go to work all day and then by night we’d go partying – we had a wonderful marriage.” She had her fifth child, Patrick, in 1964. She worked doing accounting at La Gaceta and other part-time jobs until she started at Neighborhood Services Center, which was part of the anti-poverty programs of LBJ. In 1969, she divorced Roland and was a single mother. She met her next love, Ben Schmechel , who she married and they had great success in his business as an independent sales rep for large kitchen cabinet manufactures and with his installation company. By 1976, Ben had a crazy idea to become a farmer so they purchased a 53-acre farm with 57,000 laying hens in Antioch. Farming was rewarding but a tough life. It was too tough by the mid ‘80s so they sold the farm and went back to the cabinet business. Her son Patrick and ex-husband Roland hired her to work at La Gaceta in 1988 as the bookkeeper. She worked there until her retirement as the office manager in 2019. She was a longtime member of the Ybor City Lions Club and served as its secretary and treasurer. She was a loving mother and grandmother who would always nurture, educate and protect her children and any others who came into her care. She was a unique combination of southern lady, liberated woman and doting mother. She had a strong belief in God and had faith in mankind. She was also a devoted Democrat. She touched many lives with her kindness, generosity and love. She is preceded in death by her father and mother, Burvel Spain and Velma Capps O’Callaghan, husband Ben Schmechel, sisters Juanita Garrison and Marilyn Shirley, son David McLeroy, granddaughter Jennifer McLeroy, great grandson Clint Kirk. She is survived by sisters, Betty Norris, Diane Weaver (Don), and Jeanette McEachern (Philip); brother James O’Callahan (Jane); Children; Alton Harold Simpson, Jr. (Judy), Randy Simpson, Debbie Hix and Patrick Manteiga (Angie); step-children Victoria Jones (Rich), Rebecca Manteiga, Ben Schmechel, Jr. (Vicki), Trina Hill (Jack) and Deborah Stinson; grandchildren Heather Coger (Doug), Erin Manteiga Potter (David); Emily Manteiga (Wes), Joseph Manteiga, Ron Hix (Kristi), Duane Hix (Robyn), Scott Hix, Serena Jones, Terena Coffey, Sherri Simpson, Bryan Simpson (Kristi) and Clint Simpson (Larissa); great-grandchildren Jarrod Swanger, Lola Grace Manteiga Potter, Callahan Manteiga Potter, Avery Manteiga, Cassie Hix, Riley Hix, Dillon Hix, Christian Bright, Matthew Bright, Luke Bright, Randi Kirk, Tyler Walters, Caleb Hawkins, Maylee Simpson, Emery Simpson, and Merritt Simpson; great-great-grandchildren Zoey Swanger, Cienna Hix, Wyatt Bright, Case Bright and Piper Bright. Viewing is on Friday, Feb. 19, from 6:00 to 8:00 p.m., at Boza & Roel Funeral Home, 4730 N. Armenia Ave., Tampa. Graveside service is on Saturday, Feb. 20, at 11:00 a.m., at Orange Hill Cemetery, 4900 E. Chelsea St., Tampa. After the service, family and friends are invited to Patrick Manteiga’s house for lunch. Contributions can be made to Peggie’s favorite charities St. Jude Hospital and Metropolitan Ministries.

The family of Louise Cornelia Schmechel created this Life Tributes page to make it easy to share your memories.

Send flowers to the Schmechel family.