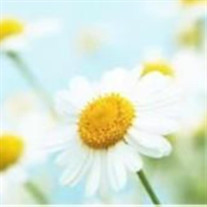 Katherine Doster Stoddard,75, died June 11,2022 in Tampa, Florida. Boza & Roel Funeral Home, 4730 N. Armenia, Tampa, Florida, 33603 are handling the funeral arrangements.. A private viewing for family has been held and a memorial service will be held at a future date to be noticed here at Boza & Roel. Katherine was born in the Mayo Clinic in Rochester, Minnesota to James Fletcher Doster and Nina Hall Doster. She graduated from Tuscaloosa High School in 1963, graduating with a B.A.at Agnes Scott College in 1968. Her education continued at the University of Virginia where she obtained a master’s in history followed by a semester abroad at Oxford University. It was only there at Oxford that Katherine learned that she had a “southern accent” for which her classmates liked to tease her. Her formal education ended when she graduated from Emory Law School in 1972 graduating with a Juris Doctor. Katherine married Michael S. Stoddard twice, first on August 17, 1993, in a Title Office in downtown Tampa, to complete the purchase of their first house (beware promises of realtors!), and then again on September 3, 1993, in Tuscaloosa to appease her mom’s wishes for a grand church wedding for their daughter. Like her mother and father before her, Katherine had a strong intellect and an insatiable curiosity about all things. She was a National Honor Society student in High School and was asked to join Mensa, but politely declined the offer as she did not consider herself as being an intellectual. In the summer following law school she worked for the United States Controller of the Currency. Finding this line of work unsatisfying, she applied for and was accepted by the Internal Revenue Service as an Estate Tax Attorney in 1972-1973, first in St. Petersburg, then in Tampa, Florida. In this small office of some thirteen agents in 1973 she shared a single telephone through a small window in a plexiglass divider with another attorney, on the other side. Through this shared phone a romance found its legs and blossomed into 46 years of marriage with her husband, Michael Sanford Stoddard. In 1983 Katherine left the Internal Revenue Service to become an attorney in the Probate section of Holland & Knight under the tutelage of John Arthur Jones and Edward Koren. She stayed at Holland & Knight for two years and then took a position as an attorney in the legal section of Shriners Hospitals for Children world headquarters, retiring in 2006. While there she raised an issue of law in one of her more interesting cases wherein Shriners Hospitals was named as a beneficiary in the decedent’s will in the last six months of his life. Such bequests to charities were considered by statute in Florida and a few other states to have made under undue influence over the decedent in his last illness. Shriners Hospitals won the case on the ground that the statute was unconstitutional as an unauthorized act of the legislature. Katherine sang in the Tampa Master Chorale was season. She aspired briefly in her youth to become a concert pianist, and a baby grand piano was the first pieces of furniture that she acquired after her marriage to Mike. Mike and Katherine enjoyed several cruises to Alaska, the Baltic Sea countries, Southern Mediterranean and finally a 27-day transatlantic cruise, continuing around the British Isles visiting England, Scotland, and Northern Ireland. Her favorite port, Kirkwall, was in the Orkney Islands of Scotland where she wanted to see Scapa Flow that was so prominent in the 1st and 2nd World Wars and is the largest geographical port in Europe. Katherine prided herself on her knowledge of the Royal Family in England but suffered as a consequence from a recurrent dream that she has just been given notice that the Queen of England, HMS Queen Elizabeth, is coming for breakfast at her house! Katherine and Mike enjoyed attending the Florida Orchestra concerts featuring various classical composers. Her favorite symphony was Ludwig Beethoven’s 7th Symphony. She was quite the conversationalist, and like her parents before her, did not observe the purpose or meaning of the British term “the full stop.” More often than not she her only brake in fully expressing her thoughts to others might have been the chance semicolon, or the rarer ---. Katherine had a wide circle of friends and acquaintances, and always wanted to know what they and their family were about. She was a voracious reader, her pace a book a day, to which her vast collection of Kindle tablets will attest, some forty-seven at last count, containing tens of thousands of kindle edition books faithfully downloaded, to which she would someday, somehow, enjoy. Katherine is preceded in death by her brother, James H. Doster James, her father James F. Doster, Nina Hall Doster, her mother and Thomas Doster, a brother, all of whom resided in Tuscaloosa, Alabama. Katherine is survived by her husband, Michael S. Stoddard, her son Mark F. Doster (Kathy) Saint Louis, granddaughter Ashley T. Stoddard and grandson Austin P. Stoddard, and brother-in-law, Richard Stoddard (Betty) of Jacksonville, Florida. The family of Michael and Katherine Stoddard wish to extend their sincere and heartfelt thanks to the following nurses that dealt with Katherine’s final hours, Karen, Tim, Suzanne, Paul and especially Viviene Reubens in the St. Joseph Hospital, ICU 5th floor, room C521. Not to be forgotten by all of her family, we will be eternally grateful to Camillia Wright, Shanita Smith and Connita Martin as caregivers for the best care and heartfelt support that Katherine received daily from them over the last few years of her life. We believe they extended her time on earth. Among many things, Katherine will be remembered for her extraordinary will to “just keep going” despite what adversity befell her. That, and her ruling out any pity parties in her life, are her lessons for us all.

The family of Katherine Doster Stoddard created this Life Tributes page to make it easy to share your memories.

Send flowers to the Stoddard family.