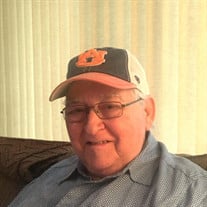 Dr. Joseph V. Valenti, 78, of Tampa, FL, passed away peacefully at home, surrounded by his family, on October 23, 2021. Raised in Ybor City, a graduate of Jefferson High School, attended the University of Florida and graduated from the Medical College of Virginia, with a degree of Doctor of Dental Surgery. Dr. Valenti practiced as a general dentist in Tampa, FL for 48 years, also serving as the Team Dentist for the Tampa Bay Buccaneers for decades. He was a proud member of the American Dental Association and the Hillsborough County Research Clinic. Dr. Valenti was respected and loved by all his patients. He was also a member of L’Unione Italiana and Christ the King Catholic Church. Dr. Valenti was a Veteran, serving as a Captain in the United States Army during Vietnam. He was a concert promoter, including such acts as: The Jackson 5, Kenny Rogers, Neil Diamond and many others. He was an avid golfer and Gator fan. A life-long musician, Dr. Valenti played multiple instruments in many different bands. Known to many as “Uncle Joe”, he was a great story and joke teller, the life of the party and could often be found on a stage or dance floor with a microphone in his hand singing “Mustang Sally”. He was full of life, music and laughter. Joseph was preceded in death by his father, Joseph Sr., and his mother, Marie. He is survived by his wife of 57 years, Pauline, son, Dean (Leigh), daughter, Christine (Douglas), sister, DeeDee (Dan), grandsons Luca and Sam, granddaughters Delaney and Kate, plus numerous nephews, nieces and godchildren. Pallbearers will be Dean Valenti, Douglas Grose, Jr., Luca Valenti, Sam Valenti, Sammy Papia, Stephen Papia, Dan Haya, and Jason Fernandez. Honorary Pallbearers will be Dr. Sandy Termotto, Dr. Frank Lodato, Dr. John Ricks, Dr. Jim Pascia, Dan Haya, Bill Diaz, Dr. Sam Caranante, Dr. Anthony Messina, Dr. Sal Spoto, Dr. Jim Minici, Larry Hart, Charlie Guy and Tom Newkirk. Visitation will be held on Friday, October 29th from 5:00 to 8:00 PM, funeral services will be held on Saturday, October 30th at 11:00 AM, both at Boza & Roel, 4730 North Armenia Avenue, Tampa, FL, 33603. In lieu of flowers, the family welcomes donations to the American Diabetes Association, at diabetes.org.

Dr. Joseph V. Valenti, 78, of Tampa, FL, passed away peacefully at home, surrounded by his family, on October 23, 2021. Raised in Ybor City, a graduate of Jefferson High School, attended the University of Florida and graduated from the Medical... View Obituary & Service Information

The family of Dr Joseph V. Valenti created this Life Tributes page to make it easy to share your memories.

Send flowers to the Valenti family.