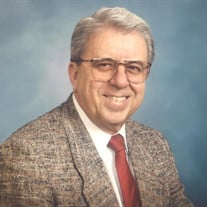 Dr. Jose Carlos Silviano Dominguez Del Rosal, known to his friends as Jose Carlos, was born on Feb 17, 1929 in Havana, Cuba to Dr. Jose Frederico Dominguez, (a prominent Psychiatrist) and Blanca Rosa. He was the second of two children, he had an older sister Grace. Although Jose Carlos’ parents separated and divorced early in his life,his mother remarried Pedro Gomez who loved, cared for and raised Jose Carlos as his own. Pedro sent him to the best school in Cuba, Belen, which Jose Carlos attended for primary school, secondary school, college, and medical school. Jose Carlos was a successful student, an excellent soccer player, and went on to become a top of the line physician. His excellence as a physician was evident early in his career when he traveled from Havana to Boston for cardiac catheterization studies in the 1950s! This was all research at that time. Jose Carlos was also given the title, “Head of the Cardiology Clinic in Havana” by the age of 29. His first trip to the U.S. was a prelude to what was to come. He moved to Cleveland, Ohio in 1961 with his pregnant wife and first born child, to escape communism. In Cleveland,Jose Carlos found work as a physician in a military psychiatric hospital, where he spent 4 years polishing his English before moving to Tampa, Florida to repeat his medical training. Jose Carlos practiced medicine in Tampa until he was 85 years old. Along with medicine, Jose Carlos’ passions included his race horses and family.He received many honors over the course of his life including teaching at Tampa General Hospital and he was a Knight of the Krewe of Sant Yago. Jose Carlos is survived by his wife of 64 years, Edith Albelo Dominguez, and his two sons Dr. Jose Carlos Dominguez Jr. and Peter Louis Dominguez. He is also survived by the rest of his loving family, Tina Lynne, Jose’s wife of 32 years, and three grandchildren; Chaz Michael, Sasha Gabriel, and Shelbi Lauren. There will be a funeral service at Boza & Roel Funeral Home on Wednesday 1-13-2021. The service will be for family only due to COVID, but if you are interested in viewing the service virtually please send an email to [email protected] and we will send out a link so you can participate virtually.

Dr. Jose Carlos Silviano Dominguez Del Rosal, known to his friends as Jose Carlos, was born on Feb 17, 1929 in Havana, Cuba to Dr. Jose Frederico Dominguez, (a prominent Psychiatrist) and Blanca Rosa. He was the second of two children, he had... View Obituary & Service Information

The family of Dr. Jose Carlos Dominguez Sr. created this Life Tributes page to make it easy to share your memories.

Send flowers to the Dominguez family.